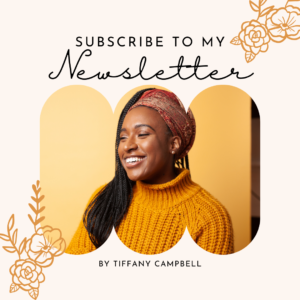 George Floyd was murdered by a white corrupt police officer one dark night in Minneapolis as he cried for AIR in his lungs and his mother and was completely ignored for 8 minutes as if he was NOTHING, and it was the straw that broke the camel’sback in not only our nation, but the WORLD.

It broke my heart. I felt something shift in my soul that I’ve suppressed for years.

Let me start from the beginning.

From the age of 0-4, all I knew was black. I was raised in a black family, amongst a black community. My baby sitter was black, the kids she watched were mostly black. The preschool I went to was black. It wasn’t until kindergarten in a suburban school, did I realize my color was the minority. Not only a minority, but a hated and feared one. I was the only black face in my class, and it was evident. Kids would ask me about my skin, tease me for it. They would talk about my hair. My beads. My braids. My barrettes. I felt alone. I felt ostracized. My blackness felt like a curse. It felt unwanted. I didn’t know how to fit in anymore in white spaces OR black ones. And little did I know, my young mind was being shaped to resent my black skin. I wanted to act as if I didn’t see color. I would shrink anytime US history was brought up and we discussed slavery and civil rights. All I would receive were awkward stares from my white counterparts and awkward silences would fill the room as we discussed the differences between white and black and how the injustice of POC was something this country was founded upon.

It was frightening to experience as a child, especially since it was never explained to me. We didn’t discuss race in depth in our home. We didn’t talk about what my father went through, being treated harshly for the color of his skin at a predominantly white school in southern Kentucky. We didn’t discuss my brothers being pinned for a crime of vandalism in our neighborhood, simply because they were black. Or our white neighbor flattening our tires, whenever he felt our cars were in the way. Or how my white childhood friend wasn’t allowed to come to my house anymore out of fear of “my sister’s boyfriends” who looked like “thugs”. We didn’t talk about it. And I honestly didn’t know to ask questions.

It wasn’t until middle school that I started making black friends again and getting back in touch with that part of me. But there was still a fear to educate myself in the area of blackness. I felt my skin color was enough to be seemingly educated. I am a dark skin black woman, living in America. That’s enough right?

It wasn’t until May 26th that I realized it wasn’t enough. I became angry. I became incredibly saddened. Increasingly tired. I finally felt what I had disconnected myself from for years, out of fear. I finally felt black. I could finally see myself and those around me. I felt the hatred for my skin color. I felt the hatred in this world, the anger and hurt of everyone around me. The pain. I felt it, and I embraced it. And doing so, caused me to emotionally shut all the way down. I removed myself from social media and the news, only getting updates here and there. I had to look at that little girl who felt inferior and afraid, and forgive her for not educating herself. Forgive her for crippling to the white gaze, and not caring enough for the injustices of my people, my community for years on end.

Not anymore. I’ve dedicated time to study TRUE BLACK HISTORY in this country. To become familiar with our pain. To research what my city is doing to fight for the cause. I’m tired of feeling not black enough. And I’m tired of feeling not saved enough because I’m not dumbing it down by telling people to pray only. No. Faith without works is DEAD. Of course pray, DUH. AT THE SAME TIME. We MUST speak out. We need action. We need to educate ourselves. We need to educate our white counterparts. We need to VOTE. We need stand for what’s just. For what’s right. Yes we belong to a Kingdom in Heaven, but God has us on this earth for a reason, and the God of compassion cares about racial injustice too! Too many examples in the bible that proves this. Should we go back to Egypt? Where the Israelites were oppressed for 400 years and God turned the heck up on their behalf, using HIS people to do so?!

I don’t have many words, and I don’t know if I will for a while. Right now, my focus is on action. My focus is on what I can do, as a black woman in America, to help bring change so that my community as a whole can thrive, while also ensuring a future for my nieces and nephews, my family, my friends, the black people I love dearly, our community as a whole. We need to stand now, so that their future isn’t hindered by the color of their skin. So that there isn’t a knee on their neck. A gun to their back. That they don’t tremble in fear and anxiety when they see a cop car, a white face.  While also teaching them not to repay hate for hate, evil for evil. To move in love for humanity, bring equality for all of us. But until black people are treated fairly in this world, ain’t nothing about this equal.

For those that reading, I love you all and I SEE YOU.

I promise, I see you.

Breaking Up is Hard to Do

Lessons from the Butterfly